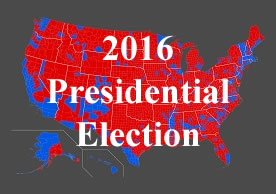 The study, published on April 21 in the journal Science Advances, compares the outcomes of the 2012 and 2016 presidential elections in six key states: Florida, Georgia, Michigan, Nevada, Ohio, and Pennsylvania. The analysis merged voter turnout records of 37 million individuals with precinct-level election returns to determine the sources of Trump’s electoral success. It examined the relative roles of conversion — voters switching their support from one party to the other between elections — and changes in the electorate’s composition, which are driven by mobilization and variations in voter turnout.

The researchers found that conversion was the greater factor in four of the six states, including Florida and the pivotal Rust Belt states of Ohio, Michigan, and Pennsylvania. Overall, people switching their votes from Democrat to Republican more consistently explained the GOP’s success in 2016 than did increased turnout by the party’s base, they concluded.

Read the full article by Mike Cummings in YaleNews at this link.

(Image credit: a map of the 2016 presidential election results by county, courtesy of Ali Zifram via Wikimedia Commons)