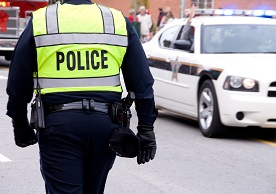 Greg Huber and Kyle Peyton have coauthored a paper with Paige Vaughn, “Mass Support for proposals to reshape policing depends on the implications for crime and safety,” published in the journal Criminology & Public Policy.

Research Summary/Abstract: This paper presents novel survey and experimental evidence that reveals the mass public’s interpretation of movements to reform, defund, and abolish the police. We find strong support for police reform, but efforts to defund or abolish generate opposition both in terms of slogan and substance. While these differences cannot be explained by differing beliefs about each movement’s association with violent protests, racial makeup, or specific programmatic changes, efforts to defund and abolish the police appear unpopular because they seek reduced involvement of police in traditional roles and cuts in police numbers.

Policy Implications: Our findings suggest that public support for changes to American policing is contingent on the perceived implications for crime and public safety. Proposals like defunding and abolition are therefore unlikely to succeed at the national level. Viable police reform may instead require proposals that target changing how police departments and their officers operate rather than lowering police budgets or decreasing police involvement in responding to crime and calls for service.

Greg Huber is Chair and the Forst Family Professor of Political Science, and Director of CSAP at Yale University.

Kyle Peyton is a past graduate student affiliate at CSAP who is now a Political Scientist and Research Fellow at the Institute for Humanities and Social Sciences at Australian Catholic University.

Paige Vaughn is Assistant Professor of Sociology and Criminology at Spring Hill College in Mobile, Alabama.

Read more coverage by Mike Cummings in YaleNews: “Resistance to ‘defund’ or ‘abolish’ the police rooted in policy proposals.”