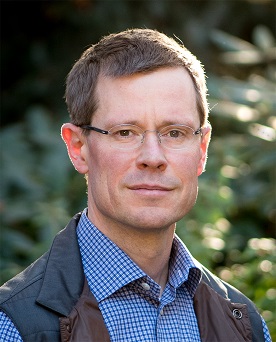 CSAP Associate Director, Gregory A. Huber, has been appointed to a 3-year term as Chair of the Yale Political Science Department. Effective July 1, 2019, Greg will be stepping into this leadership position as his predecessor Steven Wilkinson begins his new appointment as Director of the Whitney and Betty MacMillan Center for International and Area Studies at Yale.

Greg Huber is the Forst Family Professor of Political Science and a resident faculty fellow at the Yale University Institution for Social and Policy Studies (ISPS).  He has recently served as the founding Director of the ISPS Behavioral Research Lab, as an associate editor of the Quarterly Journal of Political Science, and on the National Science Foundation review panel for support of political science research. He will continue his role as Associate Director at the Center for the Study of American Politics (CSAP) during his tenure as Political Science Department Chair.

Greg Huber’s research focuses on American Politics, and is motivated by a desire to understand how the interactions among the mass public and elites, political institutions, and policies explain important outcomes. He is centrally interested in how individuals think about the government, how these attitudes are shaped by government action and political campaigns, and how those beliefs in turn shape citizens’ political activities and government policy. In his research, he draws on multiple methodologies including field interviews, formal modeling, survey and administrative records analysis, and field-, lab-, and quasi-experiments. Recently, Huber has spent a great deal of time working on questions about the legitimacy and consequences of the criminal justice system, partisanship, social norms, and citizens’ beliefs about government and participation.

Greg Huber received his Ph.D. from the Princeton University Department of Politics in 2001. After spending a year with the Robert Hartley Fellowship in Governmental Studies at the Brooking Institution, he joined the Yale faculty in 2000.

Our warm congratulations go out to Professor Huber!