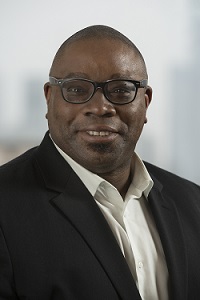 Abstract: A standard assumption for causal inference from observational data is that one has measured a sufficiently rich set of covariates to ensure that within covariates strata, subjects are exchangeable across observed treatment values. Skepticism about the exchangeability assumption in observational studies is often warranted because it hinges on one’s ability to accurately measure covariates capturing all potential sources of confounding. Realistically, confounding mechanisms can rarely if ever, be learned with certainty from measured covariates. One can therefore only ever hope that covariate measurements are at best proxies of true underlying confounding mechanisms operating in an observational study, thus invalidating causal claims made on basis of standard exchangeability conditions. Causal learning from proxies is a challenging inverse problem which has to date remained unresolved. In this paper, we introduce a formal potential outcome framework for proximal causal learning, which while explicitly acknowledging covariate measurements as imperfect proxies of confounding mechanisms, offers an opportunity to learn about causal effects in settings where exchangeability on the basis of measured covariates fails. Sufficient conditions for nonparametric identification are given, leading to the proximal g-formula and corresponding proximal g-computation algorithm for estimation, both generalizations of Robins’ foundational g-formula and g-computation algorithm, which account explicitly for bias due to unmeasured confounding. Both point treatment and time-varying treatment settings are considered, and an application of proximal g-computation of causal effects is given for illustration.

Eric Tchetgen Tchetgen’s primary area of interest is in semi-parametric efficiency theory with application to causal inference and missing data problems. In general, he works on the development and application of statistical and epidemiologic methods that make efficient use of the information in data collected by scientific investigators, while avoiding unnecessary assumptions about underlying data generating mechanisms. In 2018, Eric Tchetgen Tchetgen joined The Wharton School, University of Pennsylvania as the Luddy Family President’s Distinguished Professor and Professor of Statistics. Prior to that he was Professor of Biostatistics and Epidemiologic Methods at Harvard University. He completed his PhD in Biostatistics at Harvard University in 2006 received his B.S. in Electrical Engineering from Yale University in 1999.