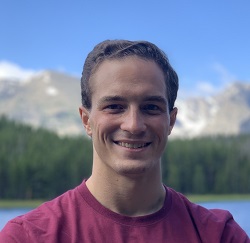 Abstract: In finite population causal inference exact randomization tests can be constructed for sharp null hypotheses, i.e. hypotheses which fully impute the missing potential outcomes. Oftentimes inference is instead desired for the weak null that the sample average of the treatment effects takes on a particular value while leaving the subject-specific treatment effects unspecified. Without proper care, tests valid for sharp null hypotheses may be anti-conservative should only the weak null hold, creating the risk of misinterpretation when randomization tests are deployed in practice. We develop a general framework for unifying modes of inference for sharp and weak nulls, wherein a single procedure simultaneously delivers exact inference for sharp nulls and asymptotically valid inference for weak nulls. To do this, we employ randomization tests based upon prepivoted test statistics, wherein a test statistic is first transformed by a suitably constructed cumulative distribution function and its randomization distribution assuming the sharp null is then enumerated. For a large class of commonly employed test statistics, we show that prepivoting may be accomplished by employing the push-forward of a sample-based Gaussian measure based upon a suitably constructed covariance estimator. In essence, the approach enumerates the randomization distribution (assuming the sharp null) of a P-value for a large-sample test known to be valid under the weak null, and uses the resulting randomization distribution to perform inference. The versatility of the method is demonstrated through a host of examples, including rerandomized designs and regression-adjusted estimators in completely randomized designs. Joint work with Colin B. Fogarty.

Peter Cohen is a fourth-year Ph.D. candidate at the MIT Operations Research Center where he is advised by Colin Fogarty. He is broadly interested in non-parametric causal inference, resampling, and permutation testing methods. His current research focuses on designing treatment effect estimators and algorithms for flexibly incorporating practitioner modeling choice while retaining strong statistical guarantees; some of his prior work centered around the interplay between convex optimization and sensitivity analysis in observational studies. Prior to attending MIT, he received a B.A. in mathematics from Bowdoin College.