“The Right to be Heard: A Randomized Controlled Trial on Economizing Procedural Justice,” Michel Maréchal, University of Zürich 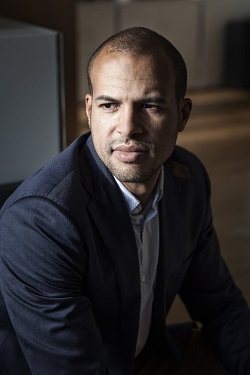 Abstract: The right to be heard is a fundamental principle underlying most legal systems and constitutes a basic human right. Legal scholars argue that the right to be heard is essential for the rule of law because it helps achieving truth and legitimizes judicial sentencing. On the other hand, hearings are labor and time intensive, leading to an overloaded criminal justice system, particularly for mass crimes. We experimentally evaluate the importance of hearings in the context of a large-scale reform of the Swiss Criminal Procedure Code, which delegated sentencing power from courts to the prosecutors through the means of penal orders. As a consequence of the reform, prosecutors sentence offenders by sending them a penal order that is solely based on police reports in roughly 90% of all criminal proceedings, de facto removing the defendants‘ right of being heard. We conducted a field experiment in collaboration with a public prosecution office in Switzerland and randomly invited defendants to participate in a prosecutorial hearing, allowing us to investigate the causal effect of hearings on prosecutorial sentencing, perceptions of procedural fairness, and recidivism. (This work is joint with Andreas Beerli, Lorenz Biberstein, Martin Killias and Nora Markwalder.)

Michel Maréchal is Professor of Economics at the Department of Economics from the University of Zürich. He has a PhD in Economics and Finance from the University of St. Gallen. His research is interdisciplinary and lies at the intersections of economics, social psychology, criminology, political science, and biology. Professor Maréchal uses field and lab experimental methods, often in collaboration with firms, non-profit and governmental organizations. His current research projects cover topics like unethical behavior and crime, organizational economics, social norms, as well as context-dependence in economic preferences.

This virtual workshop is open to the Yale community only. To receive Zoom information, you must subscribe to the Behavioral Science Workshop at this link: https://csap.yale.edu/behavioral-sciences-workshop.

Cosponsored by the Center for the Study of American Politics (CSAP) and the School of Management’s International Center for Finance and the Lynne & Andrew Redleaf Foundation.