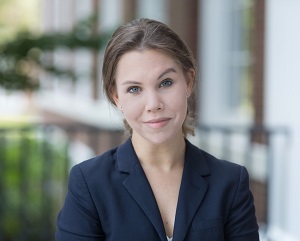 Abstract: Far right parties won just 3 percent of the overall vote share of national elections that took place in Europe in 1998, then 9 percent in 2008, and almost 20 percent in 2018. Although the far right is more popular now than it was just a few decades ago, recent research suggests that both the ‘supply’ (e.g., party strategy) and ‘demand’ (e.g., public attitudes) for far right politics have been relatively stable over time (Bonikowski and Gidron 2016; Mudde 2016; Bonikowski 2017). In fact, the policy opinions of European voters are typically much less extreme than are those of far right parties (e.g., Lefkofridi and Horvath 2012; Freire and Belchior 2013; Lefkofridi and Casado-Asensio 2013) and the portion of the European population that identifies as extreme right-wing on ideology scales remains nearly unchanged over four decades. The theory of contingent extremism proposes and evaluates one potential explanation for how seemingly moderate voters come to support far right parties and policy agendas: as the perceived popularity of far right parties and policy proposals increases, it activates contingent supporters. I will discuss findings from survey experiments fielded across multiple European countries that examine when and how popularity cues affect support for far right parties and policy proposals.

Laura Jakli is a Junior Fellow at the Harvard Society of Fellows and an incoming assistant professor at Harvard Business School’s Business, Government & the International Economy unit. Previously, she was a Predoctoral Fellow at Stanford’s Center on Democracy, Development, and the Rule of Law and the Program on Democracy and the Internet. She holds a PhD in Political Science from the University of California, Berkeley.

Her research is primarily in comparative politics and examines how information communication technologies shape political identity and behavior. Her dissertation won APSA’s Ernst B. Haas Award for the best dissertation on European politics. She is currently working on her book project, Engineering Extremism, which is substantively focused on political extremism and destigmatization, examining the role of popularity cues in political identity formation through experimental methods. Her related research examines a broad range of threats to democratic governance, including political apathy engineering, exclusionary public goods allocation, and misinformation.

Her published work has appeared in the American Political Science Review, Governance, International Studies Quarterly, Public Administration Review, and the Virginia Journal of International Law, along with an edited volume in Democratization (Oxford University Press).