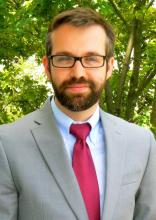 Abstract: In this study, we measure the competing policy and sociodemographic considerations voters weigh when deciding in primary elections. To do so, we develop a conjoint experimental approach that manipulates a large number of demographic, biographical, personality, and policy attributes of hypothetical candidates. We recruit 4,093 participants in the 2016 Cooperative Congressional Election Study, randomly assigning half of our participants to ‘rate’ pairs of same-party candidates as more or less liberal or conservative, and the other half to indicate their preferences between pairs of same- party candidates in a primary election setting. We find that voters perceive candidates in coherent ideological terms and that party identifiers base a substantial portion of their nominating decisions on policy grounds, with the largest predictor being whether candidates take issue position ideologically consistent with the party base. We uncover evidence of group-interest voting, mainly among Democrats, though its impact is typically half that found for the policy signals communicated in the experiment. The results shed new light on the competing factors that voters balance when nominating legislative candidates and clarify the relative importance of policy and group affinity in these decisions.

John A. Henderson is Assistant Professor in the Department of Political Science at Yale University. His research focuses primarily on the consequences of polarization on representation and policymaking in the U.S., as well as the causes of participation and vote choice in congressional and presidential elections.

Additional research interests include sensitivity and matching analysis for instrumental variables and imperfectly randomized experiments, as well as dimensional scaling and analysis of text data.