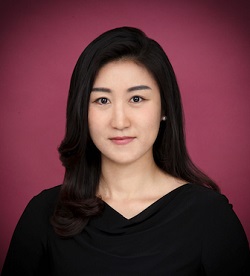 Abstract: Americans have long believed in upward mobility and the narrative of the American Dream. Even in the face of rising income inequality, and substantial empirical evidence that economic mobility has declined in recent decades, many Americans remain convinced of the prospects for upward mobility. What explains this disconnect? I argue that Americans’ media diets play an important role in explaining this puzzle. Specifically, contemporary Americans are watching a record number of entertainment TV programs that emphasize “rags-to-riches” narratives. I demonstrate that such shows have become a ubiquitous part of the media landscape over the last two decades. National surveys as well as online and lab-in-the-field experiments show that exposure to these programs increases viewers’ beliefs in the American Dream and promotes internal attributions of wealth. Media exemplars present in what Americans are watching instead of news can powerfully distort economic perceptions and have fundamental implications for public preferences for redistribution.

Eunji Kim is an Assistant Professor of Political Science at Vanderbilt University, specializing in American public opinion, political communication, and political psychology. Her book project, which won the American Political Science Association’s Best Dissertation Award in Political Psychology in 2020, explains why many Americans believe in the prospect of upward economic mobility despite growing wealth disparities. She is the winner of the APSA’s 2020 Paul Lazarsfeld Best Paper Award as well as ISPP’s 2020 Roberta Sigel Early Career Scholar Paper Award. Her work has been published or forthcoming in journals such as Proceedings of National Academy of Sciences, Political Psychology, Quarterly Journal of Political Science. She holds a Joint Ph.D. in Political Science and Communication from University of Pennsylvania, an M.A. in Statistics from the Wharton School, and a B.A. in Government from Harvard University.

This virtual workshop is open to the Yale community. To receive Zoom information, you must subscribe to the American & Comparative Political Behavior Workshop using this link: https://csap.yale.edu/american-comparative-political-behavior-workshop.