“Does Ideology Trump Geography? Political Divides and the Responses of European Politicians to Democratic Backsliding,” Mihail Chiru, University of Oxford 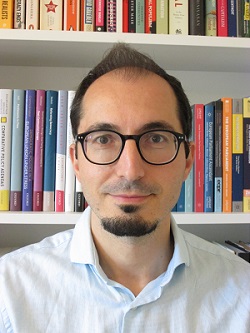 Abstract: Multiple rounds of EU enlargement and the rise of populist forces across Europe have affected the organization of political competition in the European Parliament (EP). Investigating MEP responses to democratic backsliding among member states, we examine how the structure of these divides relates to MEPs’ geographic origin and their ideological positions. We conduct our empirical analysis based on 21 roll-call votes and corresponding parliamentary debates held in the European Parliament between 2009 and 2019. Our findings indicate that MEPs from Central and Eastern Europe (CEE) as well as those holding populist or Eurosceptic views are less likely to vote for EU resolutions condemning rule of law violations, with a notable interaction between CEE origin and Euroscepticism. We further explore the reasons underpinning MEPs’ voting decisions by employing discourse analysis to parliamentary debates preceding the relevant roll-call votes. Our results confirm an increasingly salient divide around rule of law issues in the EP and highlight the consolidation of a core group of CEE Eurosceptics who are mounting a growing contestation of the EU.

His current research focuses on two agendas. The first assesses the responses of the European Parliament to the democratic backsliding crises in several EU Member States and whether backsliding has contributed to the consolidation of an East-West cleavage in the EU. The second research agenda is centered around the evolution of programmatic linkages between citizens and political parties in Eastern Europe. His work has been published in journals such as Journal of European Public Policy, Journal of Common Market Studies, Party Politics or European Union Politics.