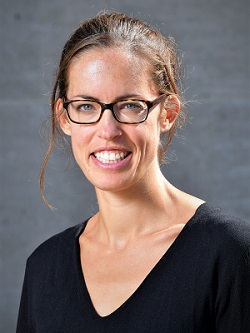 Abstract: Why do citizens often fail to act as effective bulwarks against democratic backsliding? My book project claims that political culture is key to explaining the electoral success and enduring public support for authoritarian-leaning leaders despite their open violations of democratic standards. I posit that a lack of attitudinal consolidation around liberal democratic norms leaves important parts of the electorate vulnerable to buy-outs as well as majoritarian and illiberal appeals by political elites. The book builds on extensive empirical material including focus groups and original survey data collected in Poland and Hungary. It leverages a mixed-methods design to show how, despite widespread generic support for democracy as a regime form, divergent understandings of the core principles of democracy persist among citizens in both countries. Political elites capitalize on the weakness of liberal democratic commitment by justifying their democratic violations and securing sufficient electoral support to pursue the systematic dismantling of checks and balances over several electoral cycles. Tracing the linkages between political culture and political behaviour, I show crucial role citizens’ liberal democratic commitment plays in enabling the deepening and entrenchment of democratic backsliding.

Natasha Wunsch is Assistant Professor in Political Science/European Integration at Sciences Po, Centre for European Studies and Comparative Politics (CEE) and a Senior Researcher with the Center for Comparative and International Studies at ETH Zurich. She received her PhD from University College London. She chairs the ECPR Standing Group on the European Union and is a member of the Balkans in Europe Policy Advisory Group (BiEPAG). Natasha holds a PhD in Political Science from University College London.

Her research interests lie at the intersection between European Politics and Comparative Politics. She is interested in how EU integration shapes the political transformation process of aspiring member states and how, in turn, democratic backsliding and the rise of illiberal trends among member states affect cooperation at the EU level. Moreover, she directs the research project “Democratic Backsliding in Eastern Europe: Sequence, Strategies, Citizens,” funded by the Swiss National Science Foundation from 2019-2023 at the Center for Comparative and International Studies, ETH Zurich.