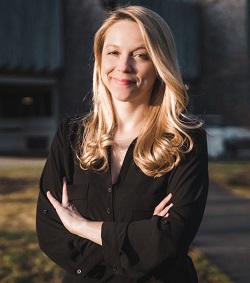 Abstract: Decades of research on race in political science has maintained the position that most white Americans no longer, by and large, subscribe to scientific racism, or the erroneous belief that blacks are biologically or innately inferior. We argue that this conclusion has been too optimistic. While whites in the mass public have certainly grown reluctant to overtly express on opinion surveys the belief that blacks are innately inferior, we suggest that there is another process at play, and one in which whites fundamentally still subscribe to the notion that blacks are somehow “less than” whites. Specifically, we posit that a large percentage of whites dehumanize blacks, and they do so automatically and routinely. We develop measures of dehumanization, and with multiple original national surveys, we show that dehumanizing attitudes toward blacks are widespread among white Americans. Furthermore, we show that dehumanizing attitudes are significantly associated with support for more punitive criminal justice policies, especially when whites are told that these policies disproportionately penalize blacks.

Ashley Jardina (Michigan PH.D. 2014) is an Assistant Professor of Political Science at Duke University. Her research explores the nature of racial attitudes, the development of group identities, and the way in which these factors influence political preferences and behavior. Her book, White Identity Politics, was published with Cambridge University Press in February 2019, and her work has been discussed widely in places like The New York Times, The Washington Post, The Atlantic, The Economist, and The New Yorker.